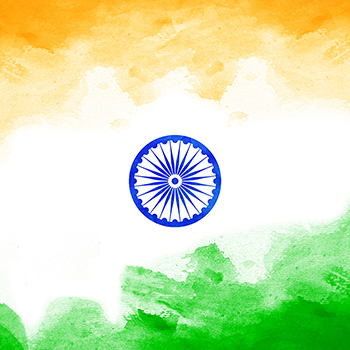 Vande Mataram” is a heavily sanskiritised Bengali poem written by Bankim Chandra Chatterjee in the 1870s, which he included in his 1882 Bengali novel Anandamath. The poem was first sung by Rabindranath Tagore in 1896.

The term “Mataram (माताराम)” in the first line means the motherland of India or the Bangamata (Mother Bengal) and Bharat Mata (Mother India).

Facts at a Glance:

1. Vande Matram is the national song of India, which was composed of the Bankim Chandra Chatterjee, originally in Sanskrit & Bengali.

2. He wrote Vande Mataram at Chinsurah, near the river Hooghly (near Mallik Ghat).

3. It is assumed that the concept of Vande Mataram clicked to Bankim Chandra Chattopadhyay when he was serving as a government official (a District Collector), around 1876.

4. Jadunath Bhattacharya was asked to set a tune for this poem just after it was written

5. It was adopted on January 24, 1950, by providing it equal status with the national anthem Jana Gana Mana.

7. It was sung for the first time at the congress session at Calcutta in 1896.

8. It is formed for the proclamation of Mother Land. It played a vital role in the Indian independence movement.

10. It was translated in prose by Shri Aurobindo in Karmayogin on 20 November 1909.

If you find any mistakes in the provided lyrics, Please feel free to mention them in the comments section/contact us. We’ll correct them asap!

Submit a request for lyrics, if you were unable to find one for particular Kannada Song. If you are passionate or interested to submit lyrics to our site, you can do it by clicking here. For all Latest Lyrics in Kannada, Do Visit Kannada Movies Lyrics!

We use cookies to ensure that we give you the best experience on our website. If you continue to use this site we will assume that you are happy with it.OkPrivacy policy